Two top risks for 2021 and ETFs that may benefit 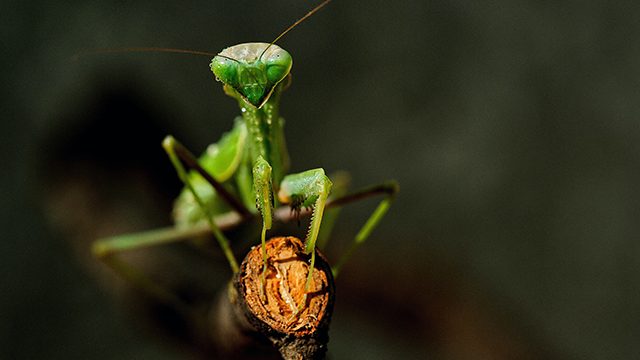 Two top risks for 2021 and ETFs that may benefit

In their view, 2021 will overwhelmingly be about economic responses to Covid-19’s lingering effects (debt burdens and misaligned politics), even as vaccines are rolled out and the actual healthcare emergency fades.

Within the report, two specific risks stood out that may present opportunities for investors.

Last year was Planet Earth’s hottest on record, which following the horrendous bushfires might not be unexpected, but may have been forgotten amongst all the COVID news.

Whilst climate change is a significant risk to future generations, positive action is being taken by governments and companies, both of which have announced new policies to address the growing crisis.

The E.U., U.K., Japan, South Korea, Canada and even China (which currently accounts for about 28% of global carbon emissions1) all committed to meeting net-zero emissions targets by mid-century, while many global firms and financial institutions set their own similarly ambitious goals.

Perhaps most importantly, the United States is now returning to the table. Biden has said he is ready to re-join the Paris Agreement immediately and also to commit the world’s largest economy to net-zero emissions by mid-century or sooner. That is not just a reversal of Trump’s climate change denial, but a step towards a new era of global cooperation.

In Eurasia’s view, the key geopolitical risk is that as 2021 progresses, climate could go “from a playground of global collaboration to an arena of global competition”.

Countries reliant on carbon-intensive assets (Australia to name one), likely will fiercely combat international pressure, and the Europeans, as global climate leaders, are likely to implement tariffs on imports from higher-carbon countries, including China and the U.S.

Additionally, as the U.S. scrambles to catch up to China’s renewable technology and access to global supply chains, we could quickly witness a global ‘clean energy arms race’. This would make climate and the transition of energy production a matter of industrial and national security policy.

Whilst it may cause geopolitical friction, this push for net zero emissions has the potential to create enormous opportunities for private capital, especially within the growing pool of environmental, social, and governance focused investments.

Investors can potentially benefit from these tailwinds through the BetaShares Sustainability Leaders ETFs:

or via our range of multi-asset Ethical Diversified ETFs.

Hundreds of millions of people across the globe have transitioned and will continue to work, shop and be educated online.

Whilst the blending of home, work and school has had many parents pulling their hair out, I.T. departments have also been concerned, as a significant portion of this activity is done on less secure computers and connections, giving malicious software more vulnerabilities to exploit.

This year will also see an explosion of new devices added to the internet, as 5G networks expand coverage, and as the ‘Internet of Things’ (sensors, cameras, home entertainment and other devices) grows. There is currently no broadly-accepted industry standard for ensuring these low-cost devices are secured and maintained to protect against hacking. This expanded network of connected devices is a rich pasture for cybercriminals.

Geopolitically and from a state-sponsored perspective, it has been the usual accused offenders – China, Russia, Iran and North Korea. Under a Biden regime, the U.S. relationship with Russia and North Korea is likely to take a downturn, making 2021 prime for cyber conflict.

In its report, Eurasia goes as far as saying that “cyber conflict will create unprecedented technological and geopolitical risk”. They believe that 2021 may be a “cyber tipping point.”

In a separate report, McAfee estimates that cybercrime cost the global economy almost US$1 trillion in 20202.

To give an example, December 2020 saw the announcement of one of the most devastating hacks on the U.S. in the last decade, as up to 18,000 U.S. government agencies and major corporations were breached by alleged Russian hackers via network-monitoring company SolarWinds3.

Whilst these attacks can prove costly to affected companies (and their shareholders), cybersecurity-focused companies historically have benefited, as analysts forecast a consequent need for increased security spending.